WWE is by far the most popular entertainment medium in the world. Today it is loved by people all over the world. We all love WWE despite big and small. WWE earns millions of dollars a day and being the highest-paid sport in the world. Athletes who play sports are well-trained and dedicated to the same profession. They maintain the vitality of the game. And make it their absolute duty to make the spectators watch a good match.

The wrestling stars in WWE are the wealthiest people in the world with several famous fans. They also pay a lot of money because they take high risks in battles. WWE goes back as far as the 1950s. WWE was first found in 1953, and it is called the Capitol Wrestling Corporation (CWC). The CWC was started by Vincent J. McMahon and Jess McMahon. Then CWC was later renamed the WWWF and then renamed as WWF. Finally was renamed the WWE in 2002. Thousands of athletes involved in this since 1953. In this article, we bring you some of the greatest wrestling champions in WWE history.

Rock was born in 1972 in California as Dwayne Johnson. He is considered one of the most successful wrestling players in world history. Rock is the son of famous wrestler Rocky Johnson. Rock came to WWE in 1996. Ten-time world champion, his 28th WrestleMania match was the most-watched ever. He played football before joining wrestling.

Rock is a talented guitarist and singer and joined the Hollywood film industry in 2001. He became extremely popular in this sector. Rock is becoming the highest-paid actor today. With a net worth of $ 320 million, Rock grossed $ 89 million last year alone. Rock is known as the wealthiest wrestling star in history. Rock says WWE laid the foundation for his success in life.

The actual name of Rey is Óscar Gutiérrez, born in 1974 in California, USA. He is a star in WWE history. Before joining WWE in 2002, he played with Extreme Wrestling (ECW) and WCW or World Championship Wrestling. Rey Mysterio is one of only a handful of players to win all WWE titles. He is considered the best Cruiserweight champion ever born in wrestling history. As a father of two, you may have noticed that he is much shorter than the other wrestling stars. At 5 feet 6 inches tall, he is the small athlete to win the Wrestlemania heavyweight championship.

There is even a book written about Rey. It is Rey Mysterio: Behind the Mask and was written in 2010 by Jeremy Roberts. According to it, Rey started his wrestling life when he was fourteen. Rey left the WWE to compete in wrestling in Mexico. In 2015, wrestling champion Perro Aguayo was killed by a flying kick he fired during a match like this. It’s a mistake, but Rey is still worried about it.

Born in Florida in 1985, Roman Leati Joseph is now the father of five children. If there is one other wrestler who has managed to get the same response from the audience as John Cena, it is Roman. The 6-foot-3-inch Roman WWE first arrived in 2010. Roman, who has won three WWE World Championships so far, entered the wrestling arena through The Shield. Roman is also a relative of Rock, the greatest WWE wrestling champion.

Before coming to the roman wrestling arena, he worked as a football player. Roman holds the record for most defeats in a Royal Rumble match in wrestling history. He has said that his dream is to compete with Rock someday. Roman Reigns currently earns the US $ 5 million. But the sad story of this wrestling hero is that he suffers from leukemia. But he is taking medication, and he is still on the wrestling field.

Steve Austin was born in the United States in 1964 as Steven James Anderson, and he is still looking young. He was addicted to wrestling from a young age and participated in many wrestling matches such as WCW, ECW, and WWE. Steve WWE has won the championship six times so far. Steve is also the only WWE wrestling champion in the world to win the Royal Rumble three times. The 90s in WWE were what audiences called the Austin decade. Austin, who has been married three times, has four children. After retiring from wrestling, he contributed to several productions as an actor, all of which were very successful.

The seven-foot-tall wrestling champion, who never had a smile on his face, first came to wrestling in 1987. His real name is Mark William Calaway. He was born in 1967 in Texas, USA. Mark excelled in football and basketball from a young age and later turned his attention to wrestling. The Undertaker, the greatest wrestling star in wrestling history, has won seven WWE World Championships. Also, Undertaker is the second most capped player after Kane. Due to the Undertaker’s rugged nature, he suffered several injuries. Undertaker, a well-known businessman, also runs a land sale business. He also has tattoos all over his body, and he says they all have meaning. He loves bikes and has the most expensive motorbike collection in the world.

Hulk Hogan is arguably the most popular wrestling star in the world. Born in the United States in 1953 as Terry Eugene Bollea, Hulk is a star who drove American girls crazy in the 90s. He joined the WWF in 1977 and joined the WWE in 1983. Before, he began his career as a musician. Then he later worked as a banker.

The Hulk often competed in red pants. He mentions that it was the color that brought him luck. He later tried to start a separate wrestling organization. Hulk has won six championships in his wrestling career. Hulk is a fun person who lives a happy life with the world’s leading blue film actresses and models. The Hulk was a very wealthy man who had houses all over America, but he did lose much because of his playful nature.

If you were asked who was the most-watched player in WWE history, you would say John Cena. Born in the United States in 1977, John Cena is a six-foot-tall, handsome man. Entering the WWE with the dream of becoming a wrestling star from an early age, he rose to prominence among a handful of wrestling stars. He joined the WWE in 2000 as a bodybuilder. Until today, John Cena’s wrestling career has gone down in history as the most WWE World Wrestling World Championship wrestling star. He has won 16 world titles.

John Cena is a talented actor and social activist. He also donates a large amount of money to children with disabilities. Talented rapper John Cena released his debut album You Can’t See Me in 2018. His one-time affair with the beautiful wrestling champion Nikki Bella has become the talk of the world. John Cena, a talented footballer. But surprisingly he is known for his fear of spiders, no matter how brave he is.

Randy Orton is a brilliant star after becoming an icon in wrestling history. Born in the United States on April 1, 1980, Randal Keith Orton joined wrestling in 2000. At the age of 24, he won the WWE World Cup in 2004, becoming the youngest world champion in wrestling history. Randy has won nine world titles so far. The strike he introduced as RKO was one of the most impressive in wrestling history. He was also banned by WWE officials, from using the punt kick shot he used in the early days. Randy joined the Army as a Marine after graduating from high school. Randy, who has been married twice, also has two daughters.

Brock Lesnar first appeared on WWE Wrestling in 2000. Before joining wrestling, he was a martial arts player and football player. Known as the beast of the wrestling arena, Lesnar has won eight WWE World Championships. Lesnar is also the highest-paid wrestling star in WWE wrestling history. His salary is said to be the US $ 10 million.

Kane or Glenn Thomas Jacobs was born in 1967 in the United States. He is an actor, author, businessman, and politician. Kane is the Mayor of Knox County, USA. Kane is a graduate, and is 7 feet tall, and weighs 147 kg. Kane’s wrestling career began in 1992.

Since then he has won 3 WWE World Championships and 12 Tactics Championships. At WWE, Kane is known as the brother of the world champion undertaker. Kane is also the wrestling star who has played the most wrestling matches in history. He has played 174 matches. Do you understand how strong he is when he has played so many matches? Kane, who came to the stage through the film See no Evil, proved his mettle in many aspects by playing his role very well. The love he had from the audience led him to the position of mayor. Also, Kane, a father of two, has a good family life.

If you are like wrestling gladiator toys you can buy them now. I have selected a few toys which are famous mostly. Just click on any design and get your design now. 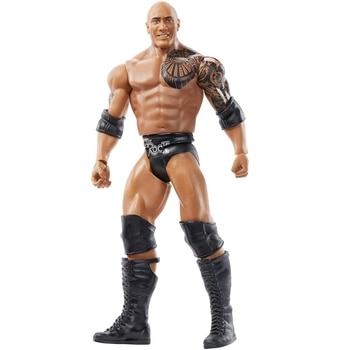 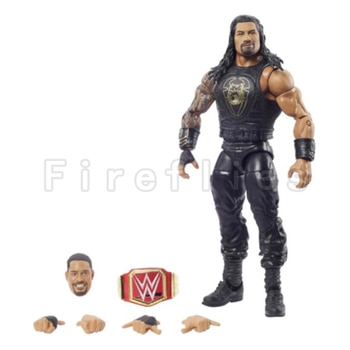 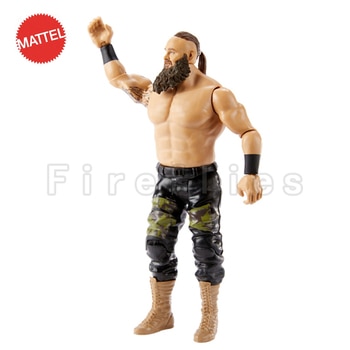 We hope you enjoy this article that we share with you. So do not forget to share it with your friends. You can read more articles about leisure.

Do You Think That The Mark Bryan Is The Revolutionary Fashion Model In The History Of Fashion Industry?

Ten Changes Happen To Your Body If You Walk Every Day

Do You Know There is a Galaxy in the Universe Called CR7 That Named as a Tribute for Cristiano Ronaldo?

Meet Gorgeous Daria Lefler, Who Like An Angel Came From Heavens To Give Birth To The Art Of Photography

Amazing Creativity Of An Artist Who Made Tiny Animals From Wool